It was a cloudy day in May down in Kep one of the coastal provinces in Cambodia. I took a lot of a deep breath, my palms were sweaty enough to show that I have a confidence-wrecking problem. I close my eye and affirmed a few words inside my head “Just one more try, I can do this.” and there I went off the backstage to stand in front of many audiences.

This is one of my most memorable moment in life. Which I suffered myself to face with the fear of standing in front of many people. Yet, because of the passion to be a conservationist and a change agent I have to push and committed myself to the thing I wouldn’t usually do or even try out.

At the end of April, I have found myself joining an exploration called “Travelling Marine Theatre”. My first impression of involving in this project was totally blank. I was not that passionate and I didn’t pay full attention in class.  Every day, I was always introduced to new different marine lessons. Suddenly, one day a topic came up to discuss and it touches to the core of my heart. “Ocean is just amazing and beautiful, isn’t it?” my exploration facilitator asked the whole class. She continued by “but, the threat is not amazing.” This is where I found my passion for conserving the “Deep Gemstone of Cambodia” by sharing my knowledge of what I have learned that hoping to impact the whole community, country, and the world. On May 3rd, I was down in Kep province to play a performance about ocean plastic pollution threat to three hundred audiences which are mostly students. I was so stressed out because I don’t like talking in front of many people but of all a sudden a person came up to me and said: “If you want to help and preserve your ocean you have to step out of your comfort zone just like a chick trying to sneak in with a group of duck.” After the 2 performances, I have one more show to go in the evening with high school students. A blast of the storm shows up, the electricity went off, it was so traumatic and the rain just washed off our stage for our last performance. The whole crew was upset that the plan didn’t go in the right place but as described in a term of change agent we didn’t stop there. One hour later while the rain is still pouring down a group of high school student came into the lodging where we are supposed to be performing. As a traveling theater team, we try to come up with intellectuals solution that will help to share the impact about protecting the ocean to those students. So, we decided to do a workshop about ocean threat. During the discussion in each team, we discuss a feasible solution to those ocean problems such as sewage pollution, trawling, plastic pollution, and coral bleaching. It was a satisfying ending because it was a fruitful discussion the student was so engaged and they learned from the workshop a lot.

Another important thing that I have involved in this year is Khmer Sight Foundation. I used to be a girl that scared to express my opinion because I scared of being judged.  This year, I have got into a senior exploration which is about helping people in the rural to do eye screening that collaborates with an organization called Khmer Sight Foundation. In the exploration, we basically assist and help the people who work at the Khmer Sight to find a mission in the provinces of Cambodia to do eye screening. Eye screening or Eye exams are tests to measure your eyesight to look for abnormalities and to determine if you need surgery or just need glasses or medications to treat. I have decided to join this exploration because when I was young before my grandma passed away, she was blind and that’s because of diabetes. Diabetes is one of the common causes of mortality in the world. According to Khmer Time Newspaper, the World Health Organization has estimated that this noncommunicable disease will become the 7th major cause of world deaths in 2030. When my grandma passed away the memory when she told me she couldn’t see anything around her had always attached in my head. Blindness and any problem that related to the eye is one of the things that scared me most in life but later on, after the realizing and thought, I understood that if I scared of blindness then other people should have scared of having blind too. It was my pleasure after joining this exploration to volunteered and helping the campaign.  I actually start to love helping people and understood that helping people it could be one of the critical and nicest things that I will have ever done in life.

As a change agent for Cambodia, whether it is a small change or big change it is still an influential change for my own country in the future. At least, by joining this traveling theater exploration I know I alone can’t help the whole ocean around the world, however, my voice will help the innocent sea turtle to stop dying from starving with a plastic bag inside their digestive system. Who’s know? Maybe I could help a person to see again after suffering a long time of having blindness. Both of these exploration has inspired me to appreciate and values every opportunity because it is one of the ways that has helped me to find my true passion. Throughout this whole year, I have noticed as a person I grew a lot such as being more independent and mature. I have improved my leadership skill by stepping out of my comfort zone and accepting the uncertainty. Respect and responsible is now a thing that encompassed my soul and defines who I am today. Above are just one of the main ways of changes I have accomplished. There are significantly more changes I’ve thought of and started this year. I believe that those small and main changes could really help and change my country even greater in the future.

Liger Leadership Academy students are English Language Learners. They have been immersed in English since arriving at Liger, We pride ourselves on prioritizing process over product. Please excuse any English errors as part of the learning continuum our students have taken over the years. 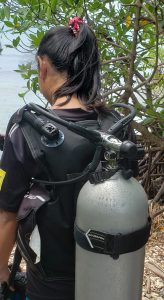 Passionate, Courageous, and Determination determined who I am most of the time.

During my time learning at Liger, I have explored and learned many valuable lessons that keep me growing each day. So far, I have been involved in various projects, events, and competitions that give back impacts to my community. My passion during my high school year right now is creative writing, science, and multimedia. I am still discovering the person who I want to be in the future, but one thing I know for sure is to become a change agent.

Please have a delightful time reading my journey, all the stories, and accomplishments I have achieved.